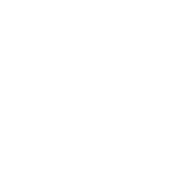 One of the most unusual solutions to the problem of medical debt to come into existence has been the creation of a 501(C)(3) charity called RIP Medical Debt.

Inspired by Occupy Wall Street’s “Rolling Jubilee” which campaigned for medical debt abolishment, RIP Medical Debt has as its goal the location, purchase and forgiveness of $1 Billion in such debt. RIP gained national attention when it was used by John Oliver in a Last Week Tonight show in which he donated almost $15M in medical debt to that organization.

Since that time, RIP has been working with foundations, associations, philanthropists and to see that more than $1,3 Billion has been  abolished by the end of 2019.

The films featured here are how RIP is seen through the eyes of a documentary Filmmaker.